Welcome to the newest edition of the History Carnival! I am pleased with the response that this has gotten and I am happy to report I received 26 submission e-mails (many with multiple submissions) which flooded my in-box with nominated posts. I also have selected several posts I have discovered on my own. As the History Carnival guidelines suggest a 20-40 post limit, I have had to winnow the list down a bit. Even if a post you submitted is not included, I appreciate your suggestion and the time you took to make it.

As this is the World History Blog, the posts will be organized by continent or region to represent the area being discussed in the post. This is not always an exact match for posts that deal with more than one area of course so I just used my best judgment!

Unfortunately, no submissions were received for history posts relating to Antarctica or the Arctic. Where are the polar history bloggers? OK, just kidding… 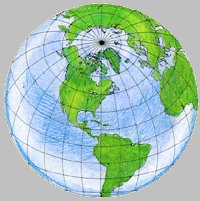 Congo Free State reproduces the text of an account of the death of Emin Pasha. Another reprint is at Battles of Atbara & Omdurman, 1898 which reproduces an article by Colonel Charles Chaille Long on England in Egypt and the Sudan.

Laura James writes about unanswered questions from the Lizzie Borden case. Unlike Lizzie Borden, there is no question that William Teach (Blackbeard the Pirate) did kill people and Pratie comments on setting Blackbeard to music, with the help of Ben Franklin.

The President’s Day holiday in the USA saw many posts on American Presidents. Michael Tinkler reports on how George Washington's Birthday was celebrated in the mid-19th century in an Upstate NY college town. Dymphna highlights several readings she recommends for learning about George Washington. Michael Lorenzen asks if Grant really was a drunk during the American Civil War. (Modern Drunkard Magazine is not a good history source…) Kevin W. lists some of the greatest blunders of the American Presidents.

Miland Brown (me) reviews a resource which is about Canada and the American Revolution. The Head Heeb asks why Newfounland’s economy has failed while Iceland’s has been successful in another Canadian related post.

Konrad Lawson reopens the discussion about outsiders doing national history in China (and other Asian nations). Curzon relates an interview he conducted with an elderly Japanse Catholic woman and her experiences including surviving the World War Two fire bombing of Tokyo.

Ahistorically looks at dangerous old teachings in Christianity and Buddhism and asks if they matter. Nouri Lumendifi (The Moor Next Door) writes about the nadhras (view points) of Michel Aflaq, the founder of the Arab Ba`ath Party.

Ancarett reports on several recent news reports suggesting the Black Death caused the Little Ice Age. (Ancarett’s post was nominated by three different people.) Martin Rundkvist notes a novel way that medieval Swedish law allowed a land owner to shout to determine the border of a property. (If we could get this law passed in my town, my yard would suddenly get bigger…)

Grant Jones found a bit of historical humor as a googlebomb relating to French military victories. (Note: Google appears to have caught and corrected this!) MacLachlan writes about the Conservative reaction to the French Revolution.

CosmoCurio examines the ancient Greek scientist Eratosthenes and systemic and random uncertainties. Historymike reviews the book Marriage Alliance in Late Medieval Florence. Natalie Bennett finds a great early journalistic excuse from the 17th century. (And if there are errors in this History Carnival, I am using a similar disclaimer now!)

Kristine Steenbergh comments on a book of essays dealing with disease, diagnosis and cure on the early modern stage. Brett Holman reports that the book England and the Aeroplane: An Essay on a Militant and Technological Nation is now available online.

Lis Riba posts a side-by-side comparison of passages from Bolt and from a serious biography of Marlowe, asking readers to guess which is which. Nathanael Robinson looks at Germany since Heine.

Mimi writes about the impact of volcanoes on the culture of Hawai’i. Further south, Maia lists her thoughts on who she thinks are the ten worst New Zealanders in history.

The next edition of the History Carnival will be hosted by Rob Priest at History: Other, on 15 March. Email: rob[at]ifanything.org.

Other upcoming carnival deadlines include March 5th for the Asian History Carnival http://www.froginawell.net/japan/2006/02/asian-history-carnival-coming-soon/ and March 13th for the Carnival of Bad History http://ahistoricality.blogspot.com/2006/02/carnival-of-bad-history-coming-to.html.

Looking for other interesting carnivals? Check out the http://www.truthlaidbear.com/ubercarnival.php.

Thank you for stopping by at History Carnival #26. I have enjoyed this experience and I encourage other history related bloggers to give this a try. Sharon Howard told me she needs hosts (particularly new ones) from April onwards. Full details are at http://historycarnival.blogsome.com/.
Posted by M at 5:17 AM

Looks fascinating, though I'm now kicking myself for not writing my notes up on the recent C4 documentary on the Northwest Passage and the book "Barrow's Boys."

A Great Carnival! Thanks!

Nice collection and organization. Thanks!