Can History be Open Source? Wikipedia and the Future of the Past 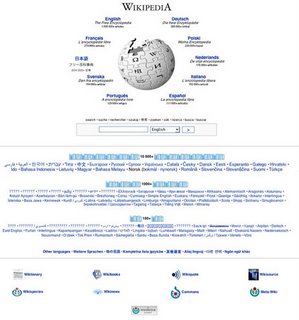 Can History be Open Source? Wikipedia and the Future of the Past. This article is from the Journal of American History, Volume 93, Number 1 (June, 2006): 117-46. It was written by Roy Rosenzweig.

Obviously, this article deals with the coverage of history on Wikipedia. This resource may not be the creation of professional historians but it is the most read history resource in the world. The author writes that Wikipedia surpasses other popular encyclopedias in breadth but is inferior in both depth and breadth to professional reference sources such as American National Biography. Rosenzweig argues for opening up these kinds of professional history sources so that the general searcher can find them.

This is an excellent and thought provoking article. I believe that it will cause many to rethink how the work of professional historians is spread to researchers.

History is a deeply individualistic craft. The singly authored work is the standard for the profession; only about 6 percent of the more than 32,000 scholarly works indexed since 2000 in this journal’s comprehensive bibliographic guide, “Recent Scholarship,” have more than one author. Works with several authors—common in the sciences—are even harder to find. Fewer than 500 (less than 2 percent) have three or more authors.1

Historical scholarship is also characterized by possessive individualism. Good professional practice (and avoiding charges of plagiarism) requires us to attribute ideas and words to specific historians—we are taught to speak of “Richard Hofstadter’s status anxiety interpretation of Progressivism.”2 And if we use more than a limited number of words from Hofstadter, we need to send a check to his estate. To mingle Hofstadter’s prose with your own and publish it would violate both copyright and professional norms.

A historical work without owners and with multiple, anonymous authors is thus almost unimaginable in our professional culture. Yet, quite remarkably, that describes the online encyclopedia known as Wikipedia, which contains 3 million articles (1 million of them in English). History is probably the category encompassing the largest number of articles. Wikipedia is entirely free. And that freedom includes not just the ability of anyone to read it (a freedom denied by the scholarly journals in, say, jstor, which requires an expensive institutional subscription) but also—more remarkably—their freedom to use it. You can take Wikipedia’s entry on Franklin D. Roosevelt and put it on your own Web site, you can hand out copies to your students, and you can publish it in a book—all with only one restriction: You may not impose any more restrictions on subsequent readers and users than have been imposed on you. And it has no authors in any conventional sense. Tens of thousands of people—who have not gotten even the glory of affixing their names to it—have written it collaboratively. The Roosevelt entry, for example, emerged over four years as five hundred authors made about one thousand edits. This extraordinary freedom and cooperation make Wikipedia the most important application of the principles of the free and open-source software movement to the world of cultural, rather than software, production.3
Posted by M at 5:52 PM

Very, very interesting. Anytime I research something the Wikipedia link is usually in the top five hits. The whole process is absolutely amazing, however, while it is accurate and easy to correct when necessary, I miss the personal opinions, the slants, the point of view that makes reading history so appealing to me. It's great that we have two types of sources to go to depending on our need at the time. Good find!

Great post, thanks. I recently went off on a Wikipedia related rant on my blog - Museum Madness. I think the same thing is true with Wikipedia as is with any other reference source - it is great for general factfinding and quickly wrapping your mind around a certain topic, but if you really want to go in depth into a subject, you should leave the general references, and go to more in depth works to double check those things you've learned. On the other hand, I was double checking the dates of some Presidential administrations last week and where did I end up - Wikipedia.

Thanks for the link! My students all LOVE Wikipedia...I also make sure to point out the flaws with it, but always encourage their use of it. I think I may be citing some of this article in the future!