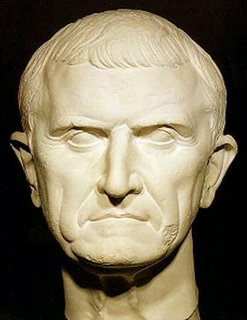 I have recently for some reason become interested in the history of Wal-Mart. I have not normally been big on business history but I have been looking at a variety of sources relating to Walmart. One of these lead me to a book by Chester Barnard from 1938 titled Functions of the Executive. Despite the origins of this lead, this post has nothing to do with Wal-Mart. However, I learned a great deal by reading this book.

Wikipedia notes this about Barnard's theories, "He looked at organizations as systems of cooperation of human activity, and was worried about the fact that they are typically rather short-lived. Firms that last more than a century are rather few, and the only organization that can claim a substantial age is the Catholic Church. According to Barnard, this happens because organizations do not meet the two criteria necessary for survival: effectiveness and efficiency. Effectiveness, is defined the usual way: as being able to accomplish the explicit goals. In contrast, his notion of organizational efficiency is substantially different from the conventional use of the word. He defines efficiency of an organization as the degree to which that organization is able to satisfy the motives of the individuals. If an organization satisfies the motives of its participants, and attains its explicit goals, cooperation among them will last."

This leads me to the point of this post. It is obvious that Julius Caesar understood this point. I think this can be demonstrated by his cultivation of Crassus.

Wikipedia notes this of Crassus, "Marcus Licinius Crassus was a powerful figure in Roman politics on account of his great wealth; he was nicknamed Dives, meaning richest. He acquired this wealth through traffic in slaves, the working of silver mines, and judicious purchases of land and houses, especially those of proscribed citizens."

Crassus had no formal authority in the Roman Republic most of his life. He was a consul twice but for the most part was "off" the organizational charts. However, most of the powerful men in Rome owed Crassus a debt as they owed Crassus huge sums of money. It was often wealth that bought Roman men power and men who could not pay back Crassus were in his debt.

Caesar recognized this. As such, he successfully sought an alliance with Crassus which ultimately lead to Crassus being a part of the First Triumvirate. It is likely that without Crassus, Caesar would have fallen to his enemies before he could have seized power and changed the Roman state so dramatically.

Chester Barnard got informal power right. It is often people who are not on the organizational charts who wield the most power. However, people like Caesar figured this out long before Barnard wrote it down.
Posted by M at 9:44 PM

We are interested in learning more about history blogs and in finding ways to promote them. To aid in this effort, we are circulating a small questionnaire and will make the results available in Tapera (in Spanish) and in Digital History Hacks (in English). If you wish to participate, please return the questionnaire to tapera@tapera.info
Thank you very much.

Questions:
1. Which history-related blogs do you visit most frequently? (1-5)
2. What factors do you think are involved in your choice of blogs to read? (For example: quality of information, writing, institution, author profile, rankings, entertainment value...)
3. What factors characterize your own blog? Which are most important?
4. Have you changed the objectives of your blog since you created it?