I was fortunate enough to hear Pulitzer Prize winning journalist David Broder speak on the campus of Central Michigan University today. He is an excellent speaker and I enjoyed his presentation. He gave an overview to the state of American politics. In addition to talking about the war in Iraq, he also discussed health care, energy costs, budget deficits, immigration, and baby boomer politicians.

Afterwards, he opened himself up to the audience for questions and comments. I thought he gave a thoughtful response to one question. An audience member asked, “Do you think America is currently a theocracy?”

Another audience member objected to this. He said, “But isn’t this different than those in the past who were working for social justice? Isn’t the current example different as they are forcing their religious beliefs on everyone else?” (I guess he feels that those on the left motivated by religion are examples of social justice in action but those on the right motivated by religion must be closet theocrats.)

Broder disagreed. He invoked prohibition as an example. He noted that those trying to dry up the country were attempting to impose their values on everyone else. Broder stated, “Absolutism is absolutism.” I will add that the abolitionist movement was very successful at imposing their faith-based view of slavery on the entire nation as well. That noted, was the success of the abolitionists and prohibitionists in gaining and exercising power examples of past American theocracies? I would argue no and I think it is safe to say Border would as well.

I think the whole question of whether the current Republican leaders in power are evidence that America is currently a theocracy is because many people do not understand or are deliberately misusing the word theocracy. Theocracies by definition create a single state faith, discourage or outlaw other religions, refuse to allow believers of other religions to hold political office, and are effective at censoring the media.

Looking around America today, there is no mandated state religion, thousands of faiths flourish including Islam, non-believers including atheists and agnostics run for and win political office, and the media continually finds ways to offend people of all faiths at different times. Two major power blocks within the Republican coalition (the Mormons and the Southern Baptists) have very different religious outlooks. The Baptists even consider the Mormons to be a cult. Despite this, the two get along very well politically which would never happen in a theocracy. Is America a theocracy? Reality says no and it takes a great deal of mental gymnastics and redefinitions of theocracy to even make a case that it is.

Despite the success of American Theocracy by Kevin Phillips and the fear of some who object to religion coupled with conservatives, the theocracy argument is dead on arrival. It just does not make sense. I am grateful to David Broder for framing his rebuttal of this theocracy claim in historical terms.
Posted by M at 6:16 PM 4 comments: Links to this post

Humans not responsible for mammoth extinction 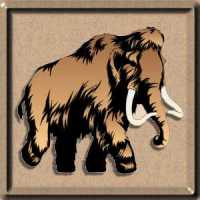 "That is what this new data points out," said Dr Dale Guthrie of the University of Alaska in Fairbanks.

What killed the mammoths? It was global warming. The climate of the Earth has shifted repeatedly throughout time growing warmer and colder for large (and sometimes) small periods of time. This plays havoc with some ecosystems and sometimes species go extinct without the help of humans.

The article notes, "Climate shifts were probably responsible for the extinction of the mammoth and other species more than 10,000 years ago, not over-hunting by humans, according to new research published on Wednesday. Radiocarbon dating of 600 bones of bison, moose and humans that survived the mass extinction and remains of the mammoth and wild horse which did not, suggests humans were not responsible."

Pre-historic global warming proved deadly to the mammoths. As we may be facing global warming again in the next century (either human induced or part of the natural weather cycle of the Earth), it will be important to watch for species which may have trouble adapting. Maybe humanity can save a species which might have otherwise died out.
Posted by M at 4:45 PM 4 comments: Links to this post

Selous Scouts. The Zimbabwean War of Independence (also called the Second Chimurenga War) lasted from the early 1970s until March 1980. The combatants of this conflict were the Nationalists against the Rhodesian government. The war ended with a nationalist victory. This site has the story of the Rhodesian counter-insurgency force known as the Selous Scouts.

Information on the site includes unit profile, training methods, photo galleries, details on internal and external military operations, award winners, details on tactical bushcraft, and several other sections as well. This is a well researched site worth visiting despite the obvious pro-Rhodesian slant that some may find offensive.

The photo galleries are interesting in that they show numerous photos (with annotations) of the Selous Scouts training. It appears to have been brutal. The men are carrying rocks, tearing their hands to shreds on ropes, eating a decomposed baboon, drinking antelope intestines, etc. I have no doubt that those who made it through this training were forminable opponents!

Welcome to the SELOUS SCOUTS, once the most feared counter-insurgency force on the African continent

During the course of the war the Selous Scout were officially credited with either directly or indirectly being responsible for 68% of all terrorist killed, while losing less than 40 scouts in the process.

With this site I tried to obtain as much information on the scouts to give the reader hopefully clear idea of who and what the scouts were and what they were fighting for in an around the former country of Rhodesia.
Posted by M at 5:54 AM 1 comment: Links to this post

Biographical Directory of the United States Congress. On my continuing quest to find quality ready reference history sources on the Web, I discovered this great resource. It allows for searches for information on members of the US Congress from 1774 to the present day by entering a name, position or state.

Each biography is full of information including details on service in Congress, other government jobs held, other employment the person had, birth date and location, education attained, death date and burial location, and other notable facts such as military service. The writing is stilted and does not follow actual rules for grammar (why so few periods?) hurting readablity but as a whole it is still informative.

Here is a sample entry on William Grangier Blount:

BLOUNT, William Grainger, (son of William Blount and nephew of Thomas Blount), a Representative from Tennessee; born near New Bern, Craven County, N.C., in 1784; attended the New Bern Academy; moved with his parents to Knoxville, Tenn., in 1792; studied law; was admitted to the bar in 1805 and commenced practice in Knoxville; also engaged in agricultural pursuits; member of State house of representatives in 1811; secretary of state of Tennessee 1811-1815; elected as a Republican to the Fourteenth Congress to fill the vacancy caused by the death of John Sevier; reelected to the Fifteenth Congress and served from December 8, 1815, to March 3, 1819; declined to be a candidate for renomination; resumed the practice of his profession in Knoxville; moved to Paris, Henry County, Tenn., in 1826 and continued the practice of law until his death on May 21, 1827; interment in the City Cemetery.
Posted by M at 1:30 PM No comments: Links to this post

Wikipedia notes, "Tokelau is a non-self-governing colonial territory of New Zealand that comprises a group of three tropical coral atolls in the South Pacific Ocean. The islands are occasionally referred to by an older colonial name, The Union Islands, and until 1976 the official name was Tokelau Islands. The United Nations Committee on Decolonization includes Tokelau on the United Nations list of Non-Self-Governing Territories."

Tokelau was originally settled by Polynesians migrating from other island groups. Archaeological evidence indicates that the atolls of Tokelau were settled around 1000 years ago but oral history traces local traditions and genealogies back only a few hundred years. Tokelauan society was governed by chiefly clans, and there were occasional skirmishes and wars as well as inter-marriage between atolls. Historically, Fakaofo held some dominance over Atafu and Nukunonu.

The official Tokelau Government site notes, "Contact with Europeans led to some significant changes in Tokelauan society. Trading ships brought new foods, cloth and materials, and exposure to new information and ways of doing things. In the 1850s, missionaries from the Roman Catholic Church and the London Missionary Society, with the assistance of Tokelauans who had been introduced to religious activities in Samoa, introduced Christianity, which was readily embraced."
Posted by M at 2:01 PM No comments: Links to this post