Presidential Approval. I have been subscribing to The Week for several months now. It is a weekly magazine which collects news reports and editorials from around the world. It is similar to many sites on the Web except it lacks Google Adsense ads and pop ups and I can read it on paper which I desire very much at times. It also tends to have articles which discuss history.

I found this editorial by Thomas Vinciguerra interesting:

"As if George W. Bush didn’t have enough to worry about. His popularity is at near-historic lows, his base is crumbling, and he still has more than two years in office. Now Sean Wilentz, director of the American Studies program at Princeton, has argued in a Rolling Stone cover essay that poor Dubya may be the worst president since the republic was founded. With all due respect to Professor Wilentz, he may want to reconsider. It’s not a question of Bush’s talents, or lack thereof. Rather, presidential reputation is a tricky business—especially when the subject is still breathing."

"Just consider. When Harry Truman left office, he had the lowest approval rating of any president ever. Yet 10 years ago, a group of historians organized by Arthur Schlesinger Jr. ranked him as 'near great.' In the wake of the Iran-Contra scandal, Ronald Reagan appeared clueless and not in control of his own staff; his approval rating dropped to 46 percent. When he left office, though, he had the highest approval rating of any president since FDR. Conservatives now revere him as one of the great presidents of all time, and even liberals give him grudging respect. Of course, the process cuts both ways. Warren Harding, universally beloved when he lived on Pennsylvania Avenue, is now considered a terrible president. In 1962, Professor Schlesinger’s father and 75 other pundits rated Herbert Hoover as 'average.' Thirty-four years later, the panel led by the junior Schlesinger dubbed him a 'failure.' The once-golden reputation of JFK is now tarnished because of posthumous revelations about his tomcatting and nuclear brinkmanship. So, is George W. Bush our worst chief executive ever? Ask again in about a hundred years."

Bush may or may not be a bad president. Our own personal politics will help us answer that question today. Future historians will likely view him based on his legacy and not his popularity polls. He probably will not recover as high as Lincoln who was highly unpopular in his time and is now consider the best ever. But he might. Or Bush may tank like Harding has as history takes a good hard look at him. Time will tell and it is important to separate personal political views from historical analysis. This is clearly hard for some people to do but I think historians need to make a special effort to try. Who knows who will be quoting your work a century from now and ridiculing you for what to the future historian appears down right silly?

Go ahead and have your own personal views on a current president. Be sure to let your history education guide you. But do not confuse that view with the the eventual judgement of history.
Posted by M at 5:56 PM 1 comment: Links to this post

Rulers. This site features a list of rulers and heads of states for most countries dating back to 1700. There is also a list which includes popes, patriarchs, archbishops, and other religious leaders.

There is also a month-by-month list of events relevant to the world's leaders since 1996 broken down by date. For example, here is the list for May 2, 2006: Afghanistan: The new cabinet approved on April 20 is sworn in. Italy: Prime Minister Silvio Berlusconi tenders his resignation. Kyrgyzstan: Prime Minister Feliks Kulov submits the resignation of his cabinet but it is immediately refused by President Kurmanbek Bakiyev. Nepal: Prime Minister Girija Prasad Koirala announces his cabinet, in which he keeps the defense portfolio to himself, while Khadga Prasad Oli becomes foreign minister, Ram Sharan Mahat finance minister, and Krishna Prasad Sitaula home (interior) minister.

The site does miss political entities that currently exist or existed at one time during the covered time spans. For example, the rulers pf the Cocos Islands are covered but the monarchs of the 19th century Hawaiian Kingdom are not. Despite this, the site is a good reference source and would be of interest to most doing historical research.

This site contains lists of heads of state and heads of government (and, in certain cases, de facto leaders not occupying either of those formal positions) of all countries and territories, going back to about 1700 in most cases. Also included are the subdivisions of various countries (the links are at the bottom of the respective country entries), as well as a selection of international organizations. Recent foreign ministers of all countries are listed separately.

In cases where not even the exact year of the beginning or end of a ruler's term is known, the asterisk (*) is used to indicate dates at which the person is known to have been in office, e.g., *1924 - 1925* means the term began in 1924 or earlier and ended in 1925 or later. All dates are New Style (Gregorian). (f) indicates female rulers. Birth and death years are also provided (b. = born, d. = died, s.a. = see above), but note that the given birth years may be questionable, as different sources often give contradictory information. In cases where it is particularly unclear, the birth year is followed by a question mark (e.g., 1923?) but that does not mean that the year is guaranteed to be correct when there is no question mark. Also, when no death year is given, it should not be taken for granted that the person is indeed still alive.
Posted by M at 1:16 PM No comments: Links to this post

History of Rwanda. This is a brief essay on the history of the African nation of Rwanda. Unfortunately, the recent history of this country his dealt with genocide and war crimes tribunals.

The Encyclopædia Britannica notes that Rwanda is a, "landlocked republic lying south of the Equator in east-central Africa. It is bounded on the west by Congo (Kinshasa) and Lake Kivu, on the north by Uganda, on the east by Tanzania, and on the south by Burundi. The capital is Kigali. Like its neighbour to the south, Rwanda is a country of minute dimensions (10,169 square miles [26,338 square kilometres]), grinding poverty, and high population density. "

According to folklore, Tutsi cattlebreeders began arriving in the area from the Horn of Africa in the 15th century and gradually subjugated the Hutu inhabitants. The Tutsis established a monarchy headed by a mwami (king) and a feudal hierarchy of Tutsi nobles and gentry. Through a contract known as ubuhake, the Hutu farmers pledged their services and those of their descendants to a Tutsi lord in return for the loan of cattle and use of pastures and arable land. Thus, the Tutsi reduced the Hutu to virtual serfdom. However, boundaries of race and class became less distinct over the years as some Tutsi declined until they enjoyed few advantages over the Hutu. The first European known to have visited Rwanda was German Count Von Goetzen in 1894. He was followed by missionaries, notably the "White Fathers." In 1899, the mwami submitted to a German protectorate without resistance. Belgian troops from Zaire chased the small number of Germans out of Rwanda in 1915 and took control of the country.

After World War I, the League of Nations mandated Rwanda and its southern neighbor, Burundi, to Belgium as the territory of Ruanda-Urundi. Following World War II, Ruanda-Urundi became a UN Trust Territory with Belgium as the administrative authority. Reforms instituted by the Belgians in the 1950s encouraged the growth of democratic political institutions but were resisted by the Tutsi traditionalists who saw in them a threat to Tutsi rule. An increasingly restive Hutu population, encouraged by the Belgian military, sparked a revolt in November 1959, resulting in the overthrow of the Tutsi monarchy. Two years later, the Party of the Hutu Emancipation Movement (PARMEHUTU) won an overwhelming victory in a UN-supervised referendum.
Posted by M at 12:55 PM No comments: Links to this post

Ancient Medicine: From Homer to Vesalius 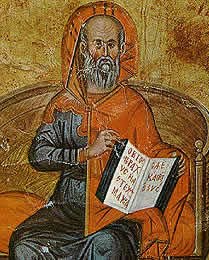 Ancient Medicine: From Homer to Vesalius. This site is an online exhibition prepared in conjunction with the Colloquium "Antiqua Medicina: Aspects in Ancient Medicine." The colloqium was held on February 27, 1997 in University of Virginia's McLeod Hall.

Almost ten years later, the library at the University of Virginia has kept this exhibit online. I am glad they did although I admit I was a bit unnerved by the pictures of surgical instruments found at Surgical Instruments from Ancient Rome. (The Vaginal Speculum looks downright frightening!)

There are several sections devoted to women. Ancient Gynecology covers birth control and the Caesarean Section. The Caesarean had nothing to do with Julius Caesar and it was rarely performed as the mother would die. Women In Medicine examines the limited role of women in ancient medicine and focuses on midwifery.

There are several biographies as well including Hippocrates, Galen, and Vesalius the Humanist. This is a well done site and it gives a good overview to ancient health care. It is very apparent that ancient healers knew a great deal about the human body and that some of their medicines and surgical procedures were effective.
Posted by M at 6:25 AM No comments: Links to this post

How Japanese Warlords Got Their Armies 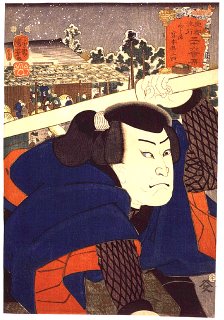 How Japanese Warlords Got Their Armies. This site has pictures and a history of how Japanese warlords between the year 800 to 1615 acquired their armies and navies. It also includes details on how the troops were managed. There are also details on what kind of men were soldiers, captains and generals for the warlords.

I will admit that this site is confusingly laid out. I almost gave up on it. However, if you ignore all the links at the top and scroll down, you will find some good content. The writing is strange but readable (English as a second language?) although I am not sure about all the facts that the author (Nina Wilhelmina) is asserting.

The writing is often funny. Check out this quote, "A ninja corp is an olden days Japanese version of the CIA and FBI condensed; the first part of their job was outbound while the second part of the same job was homebound, as undercover cops."

I am sure that most visitors will learn some good information. Enjoy the humor at the site at the same time. However, double check any facts before you use this as a reference for your dissertation or book!

1. You could be a chief of some decent samurai band, which had been lending their arts to other people's clans, for which your band got rewards in the form of land. This would have made you the head of samurai clans such as Mori and Matsuura and the entire Oda Nobunaga Generals.

2. You could have gotten the Emperor's own letter of assignment that said you were the rep of His Majesty in so-and-so area. This was how the warlord clans of Imagawa (Suruga), Takeda (Kai) and Otomo (Bungo) rose.

3. You could have worked for other people who were appointed by the Imperial Decree as governors or reps in certain territories, and showed your boss how to get real by taking up actual ruling of the said area. That's the way of the Oda, Asakura, Asai, and Uesugi.

4. You could just be yourself, i.e. jobless samurai, who spent all your youth to wander around aimlessly until you could somehow kill a warlord and snatch his territory. This was what Saito Dosan did to get Mino, and Hojo to take Kamakura over.
Posted by M at 5:28 AM 1 comment: Links to this post

Carnivalesque XV. Just a quick note that the new edition of the Carnivalesque is up at Siris. This edition is focusing on Ancient/Medieval history.
Posted by M at 7:33 AM No comments: Links to this post