A good primary source from medieval times is the MacKinney Collection of Medieval Medical Illustrations. It features Loren Carey MacKinney's collection of images from medieval medical manuscripts. The site is courtesy of the University of North Carolina.

The image above depicts two men confronting a standing skeleton. The image is a part of a manuscript held by the Bibliothèque Nationale in Paris, MS fr. 2030, folio 15v.

Professor of medieval history and specialist of medieval medical history, Loren C. MacKinney was born in Lake Crystal, Minnesota, and he spent his childhood in Minneapolis/St. Paul, Minnesota and Appleton, Wisconsin. He completed a Bachelor of Arts at Lawrence College (Appleton, WI) in 1913, and subsequently, he began teaching at North High School in Milwaukee, Wisconsin, where he continued to teach until 1918. Concurrently, he pursued a master's degree at the University of Wisconsin, which he completed in 1916. From 1918 to 1919, he served in the U.S. Army during World War I, and in 1919, he also completed graduate work at University of Grenoble, France, earning a certificate. After the war and his graduate training in France, MacKinney began instructing at the collegiate level. The years 1919 to 1930 saw him teaching at a number of colleges and universities: William Jewell College, Knox College, Louisiana State University, and Ohio State University. During this period, he also continued his graduate work: in 1925, he finished his Ph.D. in Medieval History at the University of Chicago, where he studied under James Westfall Thompson. Finally, in 1930 he began his tenure at the University of North Carolina at Chapel Hill, where he was appointed Kenan Professor of History in 1955. He also enjoyed visiting professorships at the Universities of Chicago and Illinois, Stanford University, the University of Virginia, the University of California at Los Angeles, and elsewhere during this portion of his career. His professional memberships included the Mediaeval Academy of America, the American Association of the History of Medicine, the Southern Historical Association, the History of Science Society, the American Historical Association, and others. He also served the American Historical Association by helping arrange for the microfilming of handwritten inventories of archives and manuscripts found in European libraries. His role as an editor included serving on the boards of American Historical Review (from 1952 to 1957) and Manuscripta. He died at the age of 72 on October 27, 1963 after a partial recovery from a cerebral hemorrhage.

"Recognized internationally as an outstanding authority in the history of medicine, particularly for his studies of pre-Rennaissance [sic] illuminated medical manuscripts," stated The Bulletin of the University of North Carolina School of Medicine in 1957, "it has been said Dr. MacKinney has set medical history forward at least 150 years." Indeed, he devoted much of his career to expanding his photographic collection of medieval medical illustrations and producing scholarship on a wide variety of medical topics including anatomy, bloodletting, dentistry, animal doctors, ethics, nudes, pestles, tranquilizers, and many more. His major works on medieval history and medieval medical illustrations include Early Medieval Medicine (1937), The Medieval World (1938), Bishop Fulbert and Education at the School of Chartres (1957), Medical Illustrations in Medieval Manuscripts (1965), and more than fifty articles concerning mostly medical topics.
Posted by M at 12:49 AM 2 comments: Links to this post

Yet another great history site from the Smithsonian! The Smithsonian's History Explorer allows visitor's to discover the resources of the National Museum of American History. It includes artifacts, primary sources, and online tools for a variety of teaching situations.

Your gateway to innovative, standards-based online resources for teaching and learning American history, designed and developed by the National Museum of American History as part of Verizon's thinkfinity.org consortium.
Posted by M at 6:14 PM No comments: Links to this post 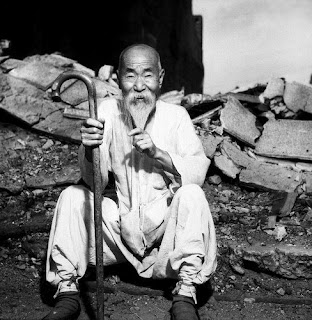 Korean War Historical Images has pictures taken by U.S. Army photographers during the Korean War. It is from the U.S. Army Korea Media Center. It is hosted at flickr.

This is a good collection of photos and definitely shows some unique shots of the Korean War. However, the description on the site is confused. It notes, "Historical images from the Korean War. Public Domain - not for commercial use. Please credit Department of Defense and photographer (see attached captions.)"

This is a nice site but I wish they would clean this bizarre legal language up.
Posted by M at 11:30 AM No comments: Links to this post